I needed a random number generator for a CUDA project, and had relatively few requirements:

There seem to be two main approaches to RNG in CUDA:

What I ended up with is basically a modified version of MTGP (the second approach above), but with each warp able to grab random numbers independently from the shared MT state. This had the nice side-effect of reducing the shared memory footprint to be the same as the equivalent CPU MT implementation.

First a quick overview of a Mersenne Twister. Each twister requires some history of at least size N, and each new entry is formed by combining the value at position -N, (-N + 1) and (-N + P) relative to the new value. The value P is fixed for a particular twister. A circular buffer of size C is used to store the history, and is usually a power of 2 so that indexing into the buffer can use trivial bitwise operations.

For the twisters provided by MTGP, N is large (hundreds of values) and P is small (usually in the oldest third of the history). This allows for some parallelism in the update, with two limiting factors:

Consider a hypothetical block of 256 threads used to update a single twister in a 1024-entry buffer in shared memory. Using the syncthreads method (option 2 listed earlier), we can update the entire circular buffer as follows: 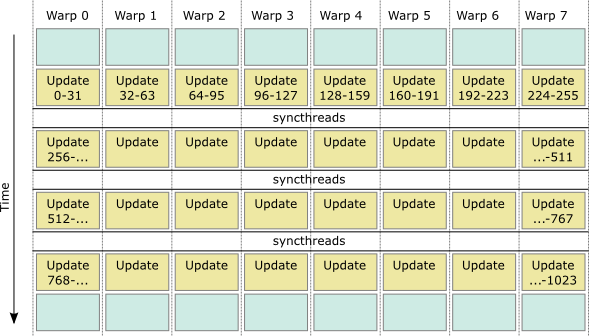 This achieves great throughput, but relies on the kernel being synchronised over all warps in the block. Unfortunately, in my use case, warps process their own jobs independently (on persistent threads), so syncthreads is not possible. What I want is for each warp to independently request some random numbers, at any time, as follows: 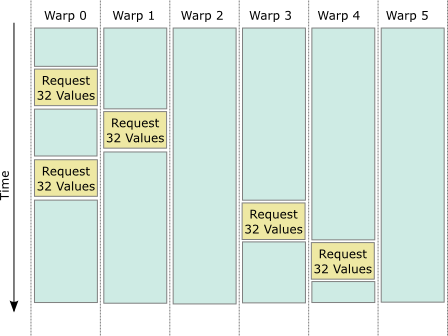 Note that this approach is only suitable if requests for random numbers are infrequent compared with other work. We have a few things to handle:

Here’s the relevant code that makes it happen. It assumes that threadIdx.y can be used to access the warp index within the block, and threadIdx.x is the thread index (0-31) within the warp. The shared variable sh_mtgpReadIndex is incremented atomically from thread 0 of each warp, with the shared variable sh_mtgpWriteIndex used to serialise access to the twister state between all the warps in the block.

Here’s the results when applied to ambient occlusion, which is very much a worst case for sampling. Note the fact that noise is pretty constant globally, with none of the structured patterns visible in my previous path tracing post. Each pass fires 1 camera ray, which then spawns 4 independent ambient occlusion rays. The images are shown for 1/8/64/512 passes: 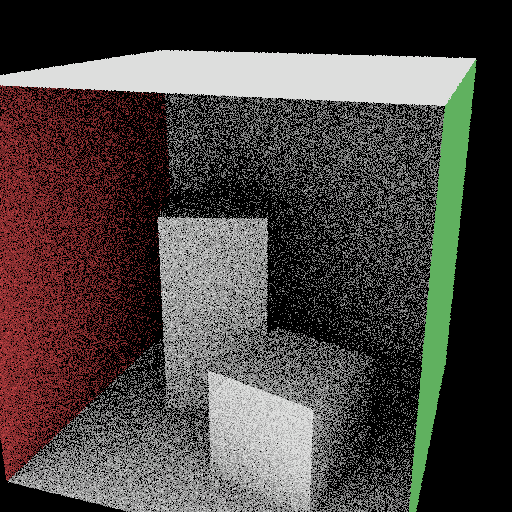 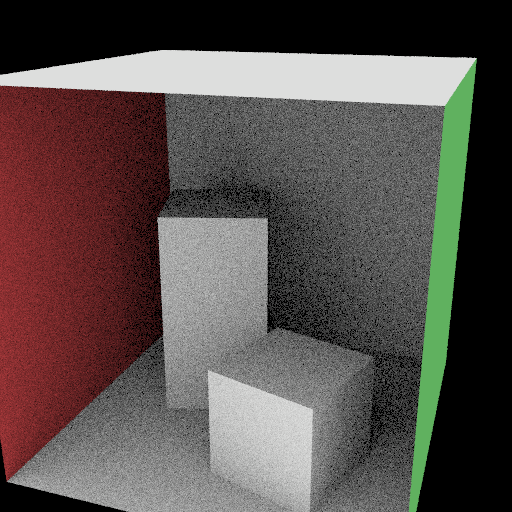 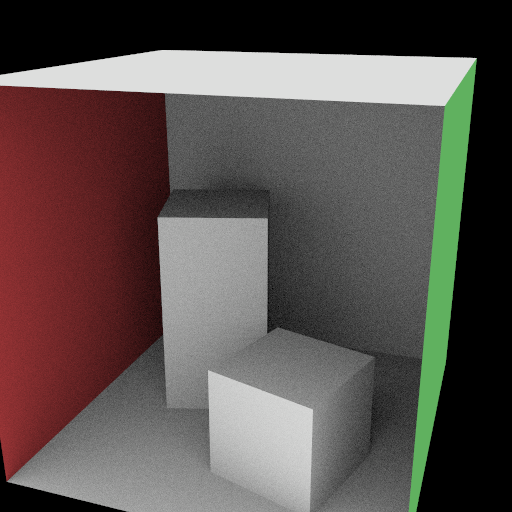 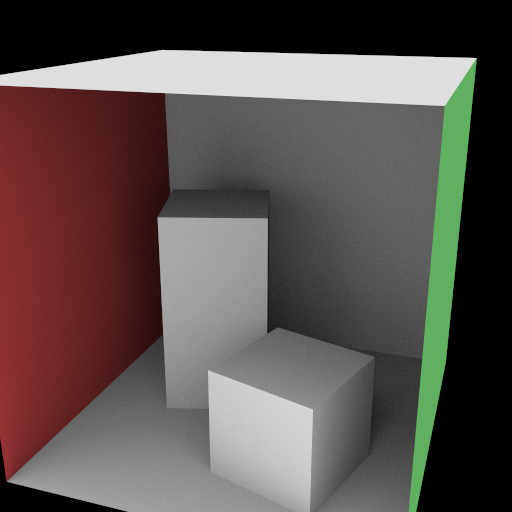