I started writing an open rendering system for DirectX 8. After getting a job I haven’t had the time to take this any further, but I”ll keep the code and demo hosted here for the time being. 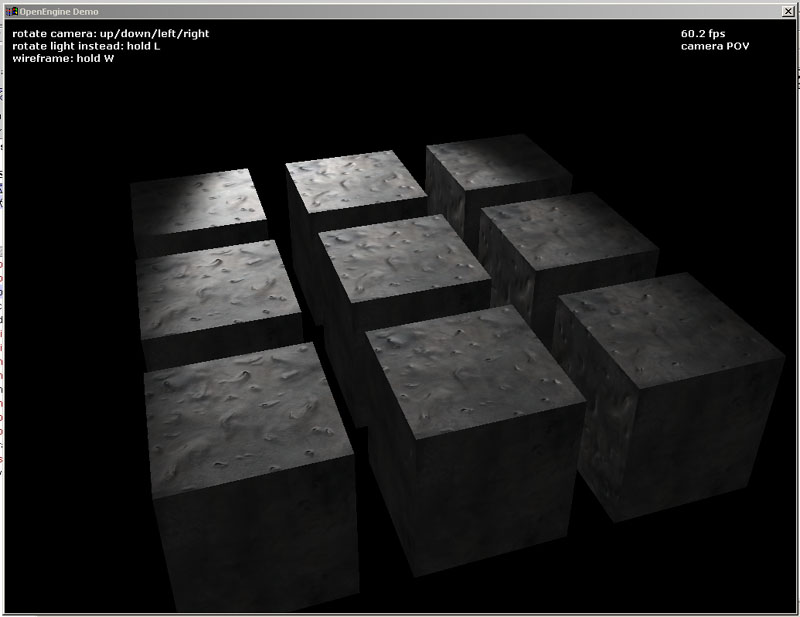 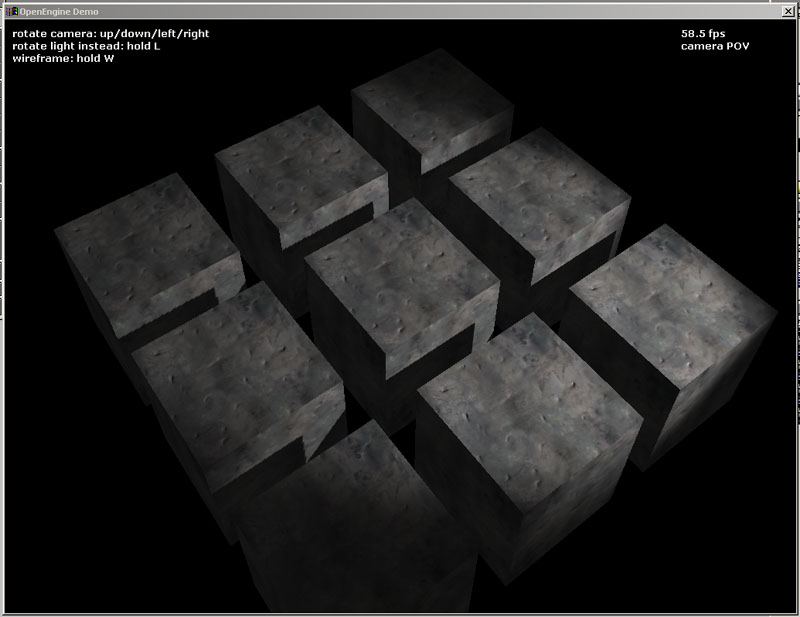 The frame is rendered in five passes, and represents the worst case pipeline in the rendering system I’m currently working on. The passes for the single spotlight used in the demo are:

This gets slightly more complicated for multiple lights, since the frame buffer alpha gets overwritten (although it can be saved once by rendering the specular in reverse order to the diffuse). The nice parts are:

This application requires Windows 2000/XP, DirectX 8.1 and a GeForce3 class card or above.

The source code requires Visual Studio 7, the DirectX 8.1 SDK, nvasm 1.42 and boost 1.28.0 or above to compile. The textures required for the demo aren’t included in the zip; download the binaries to get the textures.

Please note that this source is work in progress and as such is incomplete in lots of areas. I’ve made it available now so that people interested in rendering the same sort of effects can look at a working implementation to get some ideas.