This demo shows a variation on shadow mapping using cube maps and pixels shaders to all shadowing from omnidirectional light sources. 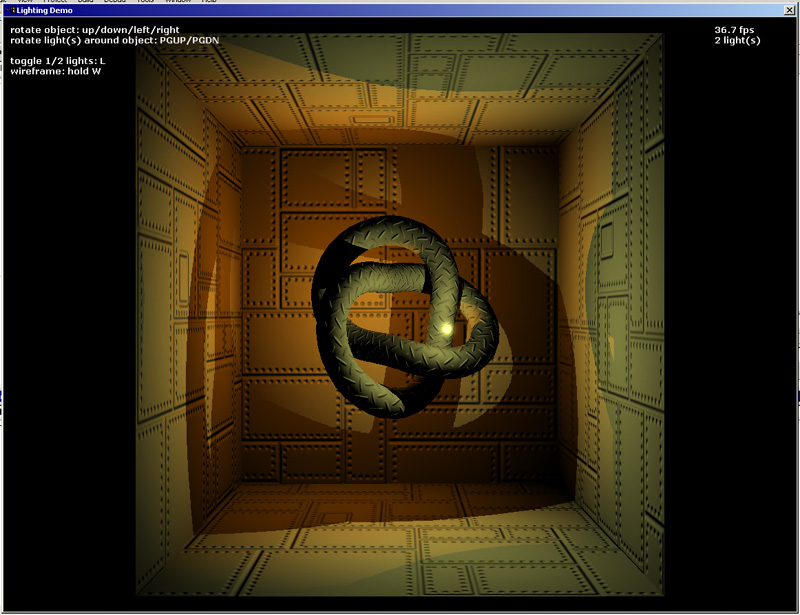 The screenshot shows a torus knot rendered using a cubic shadow map for each point light source in the scene, showing that shadowing can occur all around and even inside the object. The light used is a per-pixel attenuated point source and each object in the scene is fairly low-poly with a normal map for a bumped diffuse response.

Because there is currently no hardware support for cubic depth maps, the shadow mapping is done in pixel shaders using the alpha channel of a cubic environment map, and then each light is blended into the scene using the frame buffer alpha channel. This adds an overhead of 8 passes per light per frame, which I hope explains why there are only 2 lights in this scene. :)

This application requires Windows 2000/XP, DirectX 8.1 and GeForce3 card or above with the latest nVidia drivers.

The source code requires Visual Studio 7 and the DirectX 8.1 SDK to compile. The textures required for the demo aren”t included in the zip; download the binaries to get the textures.